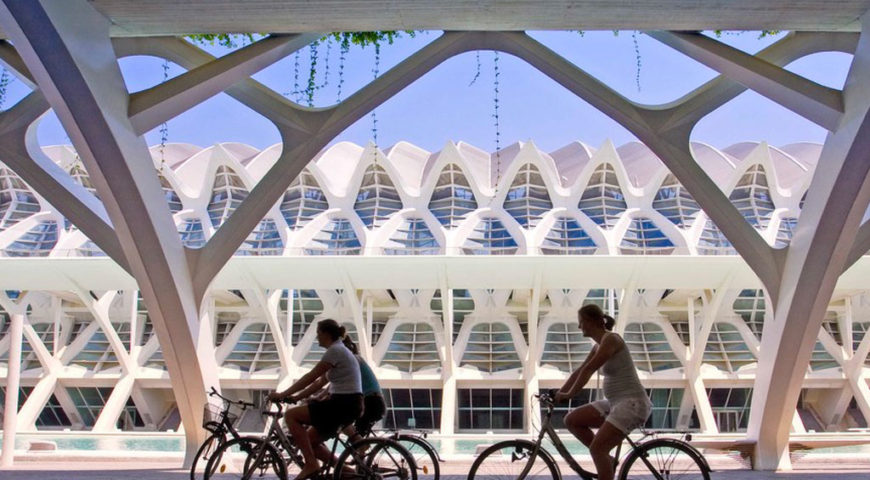 Discover the best museums in Valencia

These are some of the museums of the city of Valencia. We invite you to meet them.

Art, heritage, culture, history and tradition are just some of the main themes that you can find in the more than 40 existing museums in the city of Valencia. Today you will discover some of the best spaces that this attractive city offers. From visiting an exhibition of modern art, through the most famous science museum in Europe, to looking back to the past to immerse yourself in one of the most important archaeological sites in the city. Next, we propose a selection for all tastes that will bring you closer to the local culture of Valencia.

The Archaeological Museum of Almoina is located in the heart of Valencia, in one of the most emblematic points of the city next to its Cathedral. This impressive archaeological site is enshrined as one of the most relevant finds in the historic center of Valencia, immersing the visitor in a journey of more than 2,000 years of history.
A chronologically ordered route, where the evolution and development of the city is interpreted: from its foundation as a colony through the Roman Empire to becoming an imperial city. To later pass from the hands of Christians, become an Islamic city and again be reconquered by Jaume I.

The museum houses different architectural remains and some objects from the past, from an ancient Roman road, ancient vessels, vases, weapons and some bronze pieces. In addition, it has funerary elements such as graves and even human remains. An unforgettable experience that is complemented by audiovisual media, murals and a glass base that allows you to walk on this magnificent site while admiring its archaeological remains.

Museum of the Falleros Artists Guild

Valencia also has a museum in honor of its most important local festivals.
The Fallero de Valencia Museum houses a large collection of “Ninots Indultats” which are saved every year since 1934 from the flames of fire on the night of San José. Every year and thanks to a popular vote, a “ninot” is chosen from each of the city’s faults and is taken to this museum. Since 1963, those “Ninots Indultats” belonging to the city’s children’s faults are also transferred.

The museum’s collection offers a historical tour that shows the progression and artistic quality of the faults, from the use of materials and pieces made with wax to the most current made of cardboard, cork and ecological materials.

In addition to the famous “ninots”, in the museum you can find posters announcing the faults, paintings in honor of the major fallera and different badges falleras.

One of the most charismatic museums recognized by tourists visiting Valencia is the National Museum of Ceramics and Sumptuary Arts “González Martí”, which honors the Valencian ceramics industry. It is located in the Palace of the Marquis de Dos Aguas considered as the best example of Baroque in Spain, this emblematic and historic building was declared a historical-artistic monument in 1941 and is one of the essential places that you can not miss in your Visit to this city.

Inside the museum is the largest national ceramic collection from the 8th century to the present. The visit is distributed so that the visitor can know the different private rooms of this noble family. Pieces of Valencian medieval ceramics, the baroque carriage of the nymphs, the furniture of Dresden, the Japanese room, and a collection of medieval tiles are just some of the secrets that this museum keeps.

If what interests you is humanistic development, the cultural and intellectual movement, the Valencian Museum of Enlightenment and Modernity is born in response to the modern world and all those ideas that have made it possible to change our world. A concept of the artistic space that invites reflection on the concept of illustration and the problems of our current society.

His exhibitions (permanent and temporary) revolve around the conquests of humanity during the last centuries in the political, economic and social, emphasizing different personalities that allowed this type of change, and of course, with a special section for those Spanish and Valencian illustrators of special interest to the Valencian Community.

The tour offers visitors aspects related to life in medieval monasteries, the printing press, the cosmological revolution or science in the Contemporary Age.

If what you are looking for is a space to enjoy as a family the Prince Felipe Science Museum is the ideal place for it. This museum is one of the main pillars of the City of Arts and Sciences of Valencia. Its architecture is modern design by architect Santiago Calatrava.

The museum has three floors and more than 30,000 m2 dedicated to exhibitions, with an exterior glassware that leaves its visitors amazed. Inside you can find traveling and permanent exhibitions, hosting numerous exhibitions, where children and adults can learn in a fun way the secrets of science, facilitating access to all kinds of activities related to the evolution of life, science and the technology.

Discover in a didactic and entertaining way how humanity evolved, the origin of the dinosaurs or the physiognomy of the human body, it is also forbidden to “not touch” inside the muse.

But your visit to Valencia does not end here, in addition to all these impressive museums there are different options for all tastes. Discover the past of this city by visiting the History Museum, the Ethnological Museum, or the Military Historical Museum. Immerse yourself in the world of plants and insects in the Natural History, Museum or in the Natural Sciences Museum. See some of the largest municipal art galleries in the San Pio V Museum of Fine Arts or the Valencian Institute of Modern Art. In addition, the city of Valencia has seen the birth of illustrious characters who are now honored through their museum houses, such as the house of Concha Piquer, Jose Benlliure or the Blasco Ibáñez House Museum.