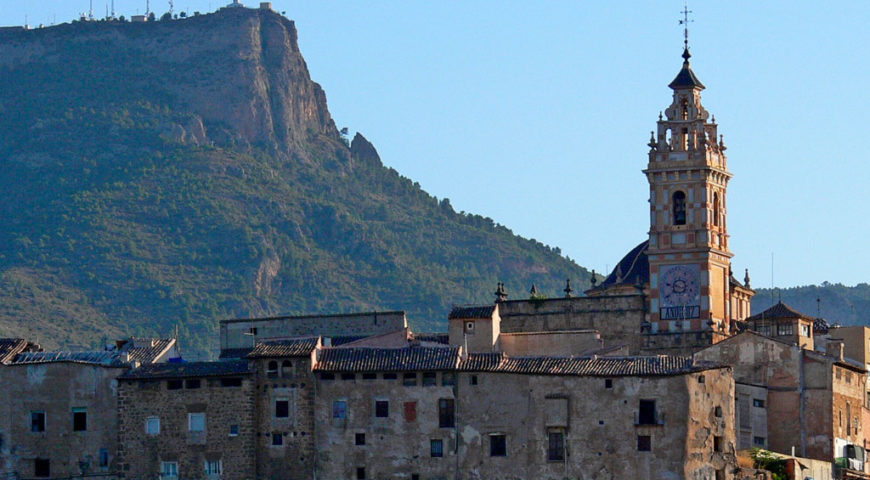 Haven’t you discovered the 7 Rural Wonders of Spain yet?

Now you have the possibility to discover the best rated villages in Valencia, including Chelva with the best score.

In 2018, the villages with the best characteristics for holiday destinations were chosen in the HomeAway® contest in its seventh edition, among them Chelva, Robledillo de Gata, Valderrobres, Ribadesella, Nájera, Vejer de la Frontera, and Carmona were chosen

With the award of vil Rural Wonders ’ travelers have voted these spectacular locations in the Valencian Community and in its latest edition Chelva is in this Top7 with 10.6% of votes.

Plans in Valencia in the best municipalities! If you feel like resting in a quiet environment with all the comforts, this unique town with its narrow streets is perfect.

You can always relax with the special sound of water, highlighting this place for having been inhabited throughout history by all the people who lived here at some time.

The beautiful town is located in the region of La Serranía in the Valencian interior and has beautiful historic neighborhoods that have a great personality in all corners and was declared as a Site of Cultural Interest , within the historical complex which represents its neighborhoods that will make you feel as if you were traveling to the eleventh century and you will return to today surrounded by all the comfort.

Each of its historic neighborhoods are already part of the culture of the region and in its urban center the imprint left by the Moors, Arabs, Jews and Christians prevails that passed through this place with a great heritage that can be discovered today.

Getaways in Valencia that are essential in your itinerary, mainly for this municipality whose name means forest and that preserves in its urban center the great influence of its former inhabitants.

You can tour the Arab Quarter of Benacacira, where you will discover an air of mystery, hidden in this culture in its fountains and whitewashed houses that gave rise to the medieval city surrounded by walls, as containment to ensure defense and was built on a pefla.

Reasons to know and discover Chelva

Experiences in Valencia that are required, such as admiring the spectacular tiles dating from the 18th and 19th centuries or strolling through the narrow streets. Following the itinerary you will find the Muslim mosque and the square that was occupied by the souk.

If you choose a bath in crystalline waters remember that the Chelva Playeta is another of the escapes in Valencia that nobody forgets, located in the Molino Puerto area, has waterfalls and recreation area for a day of rest on the Water Route of Chelva

Next to the beach you can spend your time and go hiking if you prefer between nature to disconnect from the routine, you have spaces equipped to eat with picnic tables in the shade under the trees, paelleros and playgrounds for children. Plans in Valencia for the whole family!

With abundant vegetation the areas of great beauty in the boxing of the river are other of the many experiences in Valencia worth discovering.

This place of the Chelva River is a traditional visit for the bath that has as its characteristic the drag sand that accumulates on the shore and receives its name. You sign up?